How to Apply for Union Construction Jobs in the United States 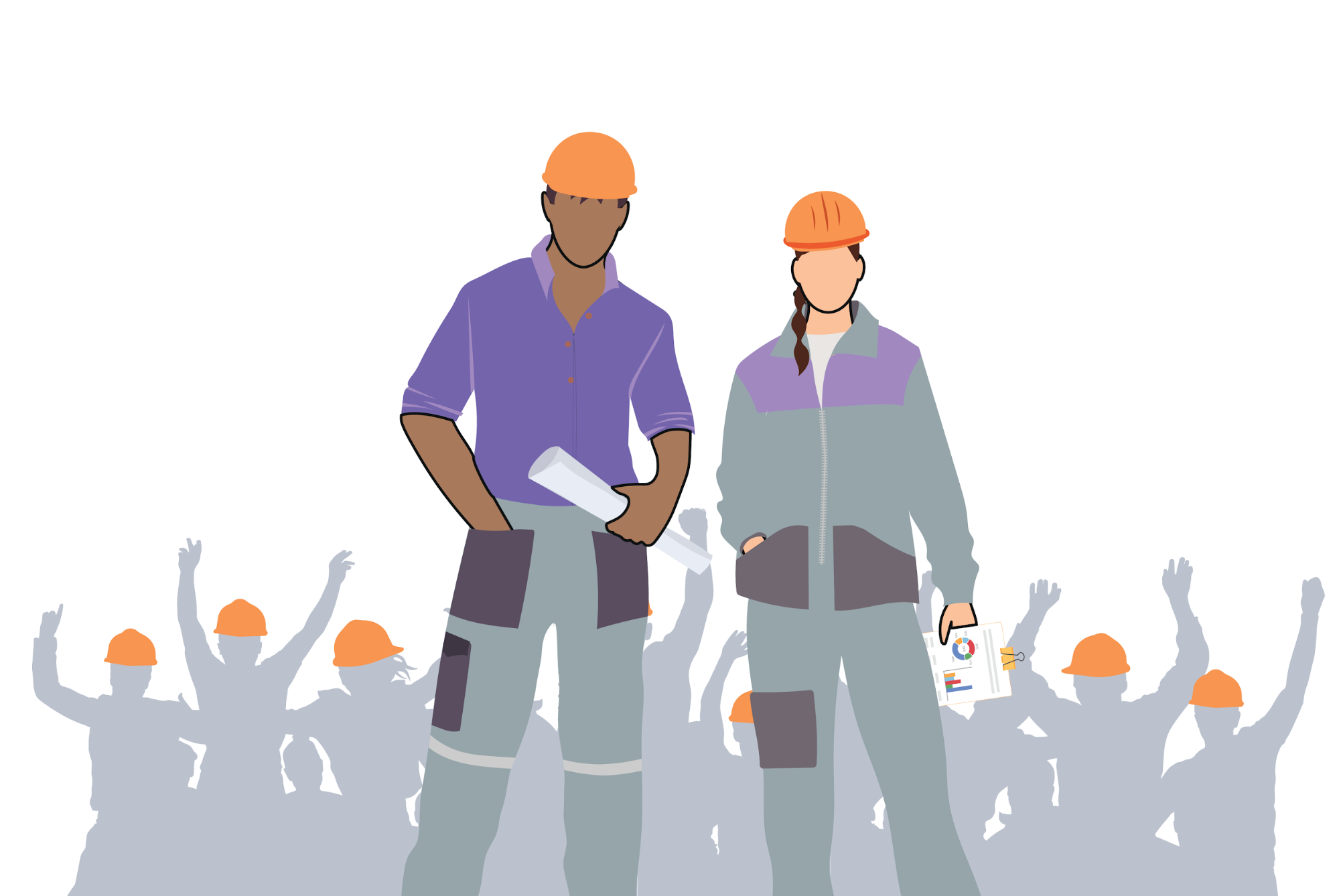 The United States Bureau of Labor Statistics (BLS) estimates that the employment of construction laborers and helpers could grow 5% from 2019 to 2029. This percentage of growth is faster than the average for all occupations. As a major contributor to the U.S. economy, the construction industry has over seven million employees.

Even with the impact of COVID-19 on the economy, the demand for well-trained construction workers increases across the United States, including New York and Florida, allowing workers to leverage themselves for better pay, safety precautions, on-the-job training, and education. In this guide, we’ll cover reasons to seek union construction jobs, the purpose of construction unions, and how to find union construction jobs.

Why Apply for Union Construction Jobs?

An OSHA study revealed that 90% of construction companies listed under the “Severe Violator Enforcement Program” are non-union. Ensuring that you and your colleagues are safe is one of the most important steps you can take to protect your health and well-being. Union construction jobs have many benefits, including better training opportunities, safety precautions, and advocacy.

Even though formal education is not a requirement for most construction jobs, construction workers often receive on-the-job training through construction unions, which prepares workers to safely enter the workforce.

The Laborers’ International Union of North America (LIUNA), for example, requires new workers to complete on-the-job training in addition to classroom instruction. Typical classes include how to read blueprints, understanding health and safety procedures, using the correct equipment and tools, and signaling.

Additionally, LIUNA provides training for one of these specialized aspects of construction laboring:

Aside from the education and training opportunities that union construction jobs offer, they are often safer. An OSHA study found that out of 30 construction fatalities investigated in 2017, 26 fatalities were on non-union worksites. Construction unions empower workers to speak up and improve working conditions, which can ultimately save lives.

All in all, the survey results indicate that union construction firms place an emphasis on the safety and health of their employees:

By joining a construction union, you will have the support of other workers to ensure that your working environment is safe. Additionally, the educational benefits, experience, and collective bargaining aspect of a union can help workers leverage higher pay. In fact, union laborers tend to be paid more than their non-union counterparts.

Moreover, you will have someone on your side to act on behalf of you and your co-workers. Union construction companies have a representative who speaks on behalf of union members. If any issues come about, the labor union representative helps foster communication between the employee and management. Ultimately, this helps resolve workplace issues without the fear of losing your job for speaking up.

To start building your career with a union construction job, it’s important to note that you can join a union through an employer or contractor. Doing this allows you to enter an apprenticeship program to gain valuable education and hands-on experience. Joblist’s personalized search tool can help you quickly locate construction firms in your area. Once you have found several firms, you can check to see if they have a union affiliation and/or apprenticeship program.

Below are five construction unions that can help set you up for a successful career.

The International Brotherhood of Electrical Workers (IBEW) construction sites span from single-family residences to large industrial plants. Union Members must complete an apprenticeship program with on-the-job and classroom training before they can officially be called a “Journeyman Inside Wireman or Outside Lineman.” This program is jointly administered with the National Joint Apprenticeship and Training Committee (NJATC) and can be completed in five years.

The IBEW represents around 775,000 active members and retirees in a number of industries, including construction. The IBEW is a great resource for members to discover safe, union positions in the United States and Canada.

International Brotherhood of Teamsters members are spread throughout Canada and the United States, but have the largest concentrations in the Central and Eastern regions of the United States. For over 100 years, the Teamsters Union has helped millions of American workers in the union and labor movement. They provide a number of resources to alert workers of safe laborer jobs, no matter their specialization.

Additionally, Teamsters promotes several union benefits, some of which include:

In 1901, the International Union of Elevator Constructors (IUEC) was formed in Pittsburgh, Pennsylvania. Today, the IUEC spans across the United States and Canada to help elevator construction workers become educated, stay safe, and find positions. IUEC bargains with employers for benefits, worker’s rights, and wages.

To join IUEC, you must complete an Elevator Constructor Apprenticeship Program, which is managed by the National Elevator Industry Educational Program (NEIEP). Depending on where you are located, you can join an IUEC local union to join an apprenticeship program and network in your area.

Members of LIUNA have access to training programs, which include over 50 different courses. For those new to the industry, LIUNA offers two “earn-as-you-learn” apprentice programs: commercial construction and residential construction. Regardless of your experience level, LUINA apprentices have access to learning inside and outside of the classroom and work. As apprentices develop new skill sets or a skilled trade, so does their pay.

The International Brotherhood of Boilermakers, Iron Ship Builders, Blacksmiths, Forgers and Helpers boasts that joining their union can help you earn top wages in addition to competitive benefits, including healthcare, retirement savings, per diem, equipment, and educational tools — including training, practicing, and certification testing. There are over 40 construction lodges (unions) throughout North America, making it easy to find a union nearby.

Joining a union can sometimes depend on which aspect of construction you would like to specialize, since each union has its own apprenticeship program. Once you have determined which union you are interested in joining, locate the local union and apply.

Afterward, search Joblist to find the right full-time or part-time construction job posting in your area. By completing a simple questionnaire, Joblist creates a personalized set of job alerts so you can find the best union construction job descriptions in minutes.