Silicon Valley dominates the tech industry, and, unsurprisingly, it's one of the best places to land a tech job. However, that doesn’t mean there aren’t thriving tech hubs and ample employment opportunities outside of California.

In fact, plenty of tech companies have moved, or are in the process of relocating out of California due to tax laws, a high cost of living, and stifled talent acquisition. If you’re looking for a fresh challenge in the tech industry outside of Silicon Valley, here are some possibilities to explore.

Top Tech Companies Outside of California

California — namely, Silicon Valley — has long been flaunted as the hotspot for tech companies in the United States. Technically speaking, it does make sense: Google, Apple, Facebook, and Netflix are just a few of the trendsetters that have a hold on the San Francisco Bay Area’s tech hub.

But there are various companies who are painting the town with tech in other parts of the country. Here are six cutting-edge tech firms whose headquarters happen to shine outside the golden state.

It may come as a jolt, but Seattle isn’t just known for its claim on Starbucks coffee. The city is actually spilling over with the highest proportion of tech workers than almost anywhere else in the country. With actual headquarters in Redmond — 15 miles east of the city — Microsoft has been at the forefront of Seattle’s tech boom for almost 40 years. In fact, the corporation is the oldest of the Big Five information technology companies in the U.S., which also includes Amazon, Apple, Facebook, and Google.

Microsoft started its power play with a company best known as what is now PowerPoint, and since then, the MS Corporation has purchased an average of six companies a year, playing a huge role in the development of the Seattle area. Currently excelling as the second most valuable tech company in the world, Microsoft’s revenue reigns in at $143 billion with 163,000 employees.

The company’s software portfolio includes the MS Windows line of operating systems, the MS Office suite — not to mention its Internet Explorer and Edge web browsers; while hardware products include the Xbox video game consoles and MS Surface line of touchscreen personal computers. A surge in remote working as a result of the pandemic led to even greater demand for the company’s Azure cloud service and its Office 365 workplace apps.

If Silicon Valley has one rival on its own coastline, it would be Seattle. The city that claims the oldest tech company in the country also boasts the No. 1 online retailer in the continent. Amazon, the ecommerce, consumer electronics, and digital distribution conglomerate employs 75,000 people in Seattle alone — and 798,000 worldwide — a new milestone that reflects the tech giant’s continued growth in its hometown over the past decade.

If you’re feeling winded from all the west coast competition, it might be time to take a tech trek out east. Not even a computer wizard would have predicted it a decade ago, but NYC has been catching waves of its own in the tech department. The news that has been coming out of New York in recent times is that it’s beating Silicon Valley at its own game.

Etsy was one of those tiny startups in the Big Apple that blossomed into a company worth billions. Talk about innovation with a traditional feel — kind of like NYC itself — the online marketplace is a technology-based platform that focuses on handmade or vintage items and craft supplies. Basically, it’s a digital take on open craft fairs and gives sellers personal storefronts where they list their goods for a small fee. The company, which launched in 2005 and went public in 2015, connects over 50 million members including almost 2 million active sellers and 20 million active buyers in nearly every country of the world.

Most sellers tend to be women in their twenties and thirties. Etsy’s business model is based on shared success: the company makes money when Etsy sellers make money. Etsy’s revenue is diversified, generated from a mix of marketplace activities and the services provided for Etsy sellers to help them create and grow their businesses. In 2020, the company generated revenues worth 1.7 billion U.S. dollars, which was up by more than 100 percent from revenue in 2019.

Despite its long history in technology and innovation, Boston tends to get overlooked when it comes to tech. But the truth is that Boston has become a major player in Software-as-a-Service (SaaS) companies that offer unique and groundbreaking technologies.

While Akamai Technologies might have started out as a research project in Boston’s MIT lab for computer science, today the world far beyond Boston knows the internet cybersecurity company by name. The tech firm has its name stamped across 4,000 locations in 137 countries. Revenue in the U.S. alone was $1.77 billion in 2020.

Fort Lauderdale has been its own hub for technology and innovation since the early 1980s, and today the tech scene is stronger than ever. With over 26,000 tech companies and an estimated 245,700 tech workers, the state of Florida itself ranks third in the nation for technology companies for a reason. The business climate is considered more attractive than other tech zones like Silicon Valley. With a lower cost of living and a competitive tax structure, Fort Lauderdale’s lower cost of doing business is seen as a major bonus.

When it comes to the virtual world, Citrix is a pioneer. The company, founded in 1989, specializes in cloud-powered collaboration and provides its customers with access to networks and applications through the Citrix Access Platform that is used to send and receive information over the Internet. More than 400,000 companies around the world use digital workspace solutions from Citrix to provide a secure and simplified work experience. Its GoTo line of products includes GoToAssist, GoToMeeting, GoToMyPC, GoToTraining, GoToWebinar, Grasshopper, and OpenVoice. Citrix continues to flourish with more than $3 billion in annual yearly revenue.

The last stop on our tech trip has to be Dallas: the vibrant city is filled with entrepreneurs, creatives, and a ton of tech companies. In late 2020, Dallas-Fort Worth ranked in the No. 2 spot on CompTIA’s annual list of the best tech towns in the country. In fact, the city even outranked Silicon Valley and San Francisco.

Texas Instruments Incorporated (TI) has called Dallas home for 70 years. TI designs and manufactures semiconductors and various integrated circuits, which it sells to electronics designers and manufacturers globally. It’s one of the top ten semiconductor companies worldwide based on its sales. The company focuses on developing analog chips and embedded processors, which account for more than 80% of its revenue; in 2020 returns came in at $14.46 billion.

Top Tech Hub Cities Outside of the Valley

In the past, Silicon Valley was thought to be the only tech hub in the United States. However, that is no longer the case. There are now smaller cities — and even counties — that have created a thriving tech industry outside of Silicon Valley. Below are eight other cities where tech companies are expanding and hiring!

As reported in Bloomberg, Business Insider, and Tamebay, Austin is a booming tech hub. High-profile companies based in Austin include Google, Facebook, and Amazon. The expansion of Austin’s tech hub is showing no signs of slowing down in the immediate future – in fact, Bloomberg reports that the state is on its way to building its own mini Silicon Valley. As San Francisco companies head for Austin, it is indeed being dubbed the "new Silicon Valley" or Silicon Hills, to some.

Just seven hours south of Silicon Valley, San Diego’s tech sector continues to show expansion, and the industry is likely to grow into the foreseeable future.

Several startups and some well-known tech businesses have found a home in San Diego. These companies include Qualcomm, the Fusion Factory Corporation, and Zesty.io. Among San Diego’s fast-growing startups are Tech Coast Angels, NextGen Leads, and Cience Technologies.

Furthermore, San Diego could be a good opportunity for job seekers who are looking for opportunities outside of the typical tech hubs. There is a skill shortage in San Diego, and the problem isn’t a lack of tech jobs, but rather difficulty in filling positions.

There has been a consistent rise in tech jobs in Seattle over the last five years, according to a Glassdoor report, and the state of Washington overall has a reputation for being the second-best market for tech talent.

LinkedIn lists over 2,000 tech vacancies in Seattle, and there are plenty of openings for the less experienced, too. Entry-level jobs and junior positions are readily available all over Seattle.

In terms of key employers, established players like Microsoft and Amazon have a base in Seattle, and startups such as SkyKick and PushPay are often advertising for new employees.

Although not typically thought of as a tech hub, Atlanta, Georgia, has a vast selection of openings in tech, with 3,000 vacancies listed on LinkedIn alone. For jobseekers new to the sector, there are plenty of entry-level positions available, so inexperience needn’t be a barrier to finding a job.

Atlanta has already attracted tech giants like MailChimp and Microsoft, with more tech startups also making a home in the South. Vanco Payment Solutions and MacStadium are two startups that are worthy of attention. These companies have already shown fast growth and gained extensive media coverage.

However, Vanco Payment Solutions and MacStadium aren’t the only noteworthy tech employers in Atlanta. The Technology Association of Georgia recently announced the top 40 most innovative companies, which included Bitpay, Mobile Labs, and Secureworks Corp.

New York was recently voted the world’s best tech city, beating San Francisco to the title, according to research by Savills PLC.

This top state has already attracted the likes of Amazon and Microsoft, and it’s popular among startups too.

The growth doesn’t seem to be slowing down, either, as there are plans to promote growth centers in New York to create more tech sector jobs. If this initiative proves successful, this is likely to lead to a higher demand for personnel in the New York tech sector and beyond.

Compared with other capital cities, Madison has relatively few job openings. However, Madison is still one to watch, and its tech industry is better established than you may believe.

A summer 2018 report by real estate company CBRE showed that Madison is one of America’s fastest-growing tech hubs. Further, the Wisconsin Alumni Research Foundation (WARF) is fueling growth in the biotech sector.

Zendesk, EatStreet, Nordic, and Understory are just four startups that are steadily gaining ground. The startup Gener8tor is also playing an important role in Madison’s job creation, investing in 95 startup companies so far.

With Mayor Muriel Bowser launching her #ObviouslyDC campaign, encouraging companies to launch their business in the country’s capital, tech jobs in Washington, D.C. seem to have received a boost. However, the state was already a popular base for tech companies like Apple, Facebook, and Google.

The number of tech jobs also got another boost from Amazon’s contract with government agencies, which include the CIA, Defense Department, and NASA, creating around 1,500 tech-related jobs in D.C.

Job seekers don’t need to limit themselves to the States in their search for job openings in the tech industry. Across the pond, London has proven to be home to ample opportunities and was ranked as the top third global city for tech growth by Savills PLC.

Alongside hundreds of startups, high-profile brands like Apple and Hewlett-Packard (HP) are well-established in the capital.

Finding the Right Home For You

If you thought you needed to head to Silicon Valley to find a tech job, you’re wrong. Many other states are gathering pace. New York, Washington, and Austin are among those leading the way with established tech hubs, new startups, and multiple high-profile companies offering employment opportunities. 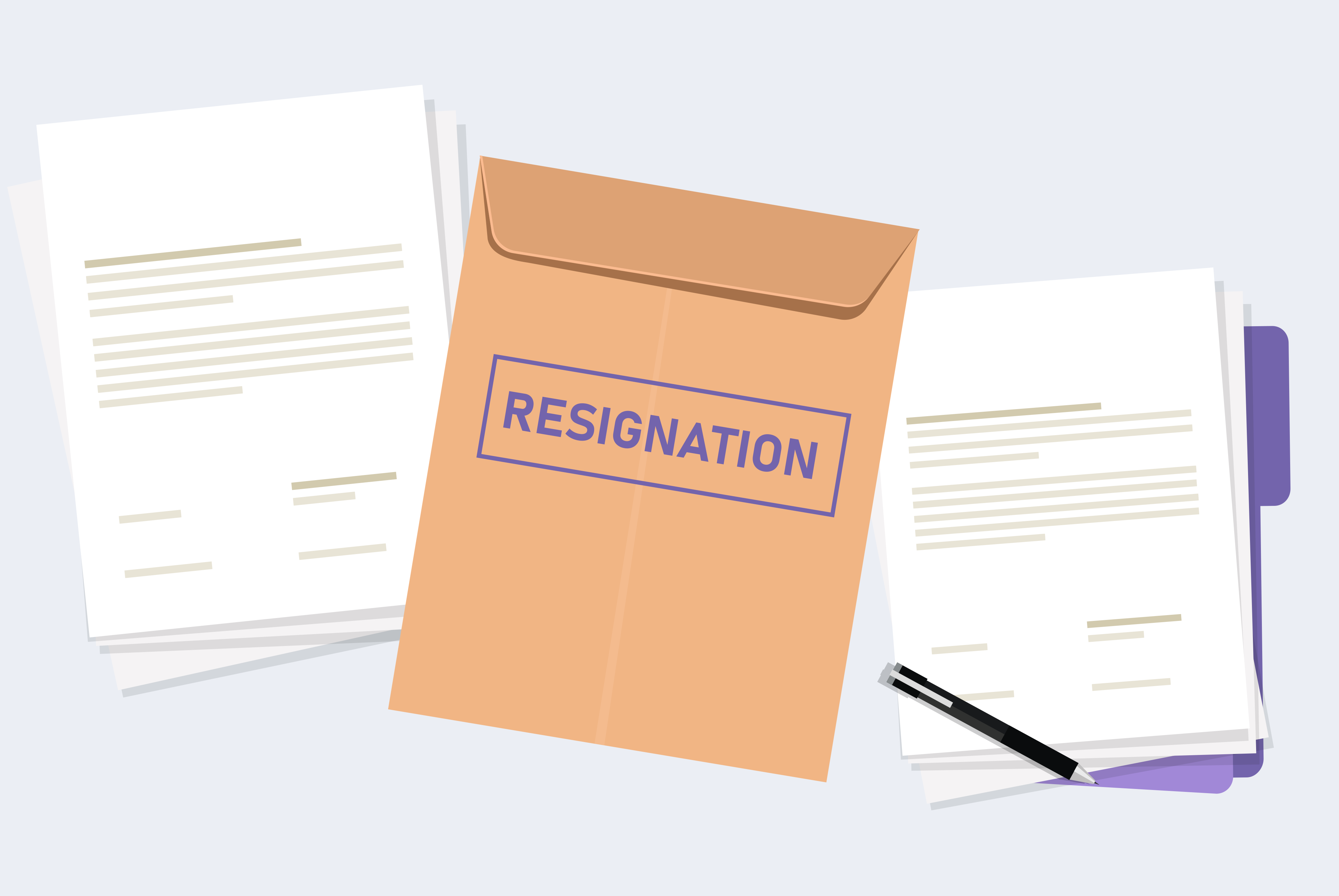 How to Resign From a Job You Just Started 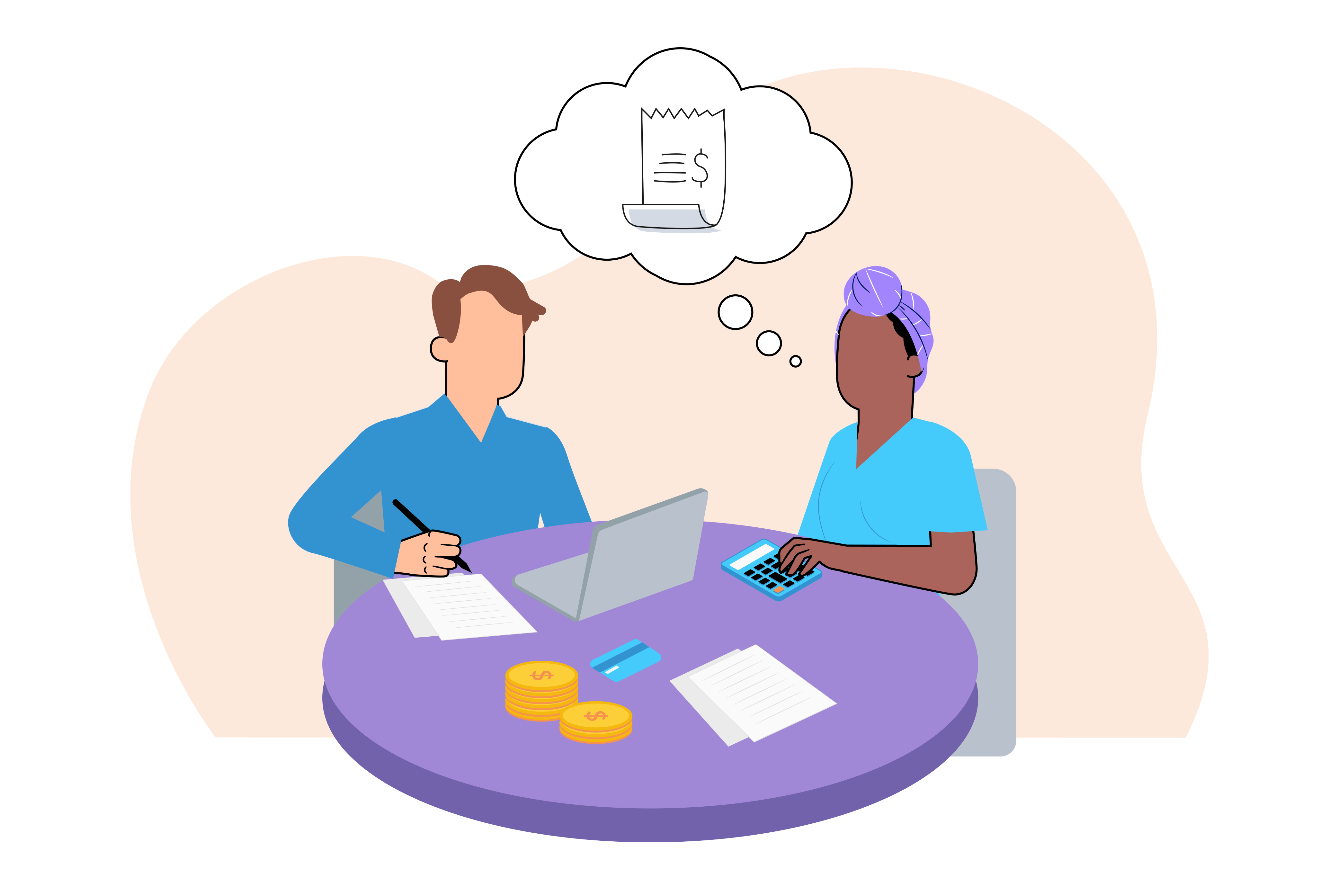 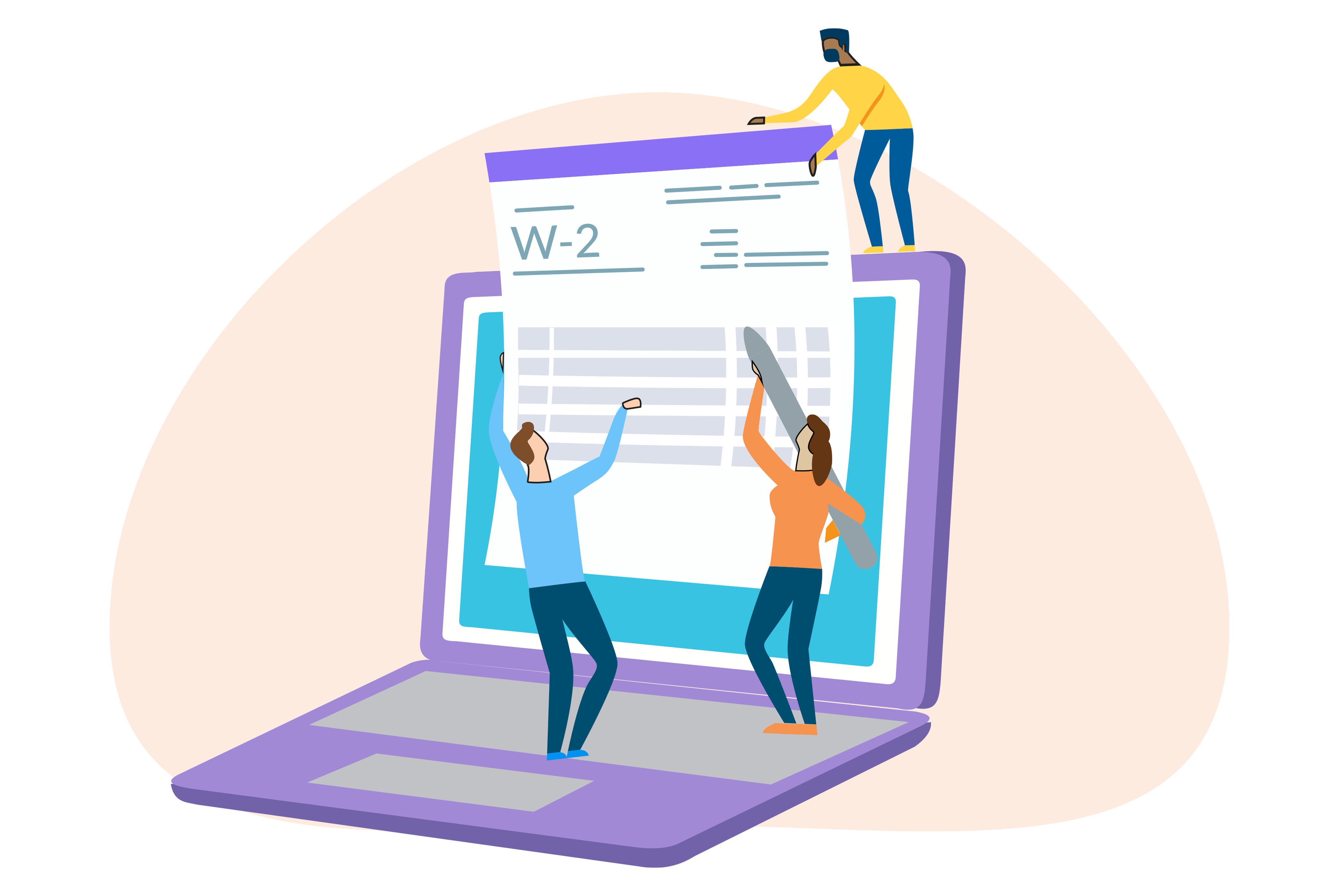 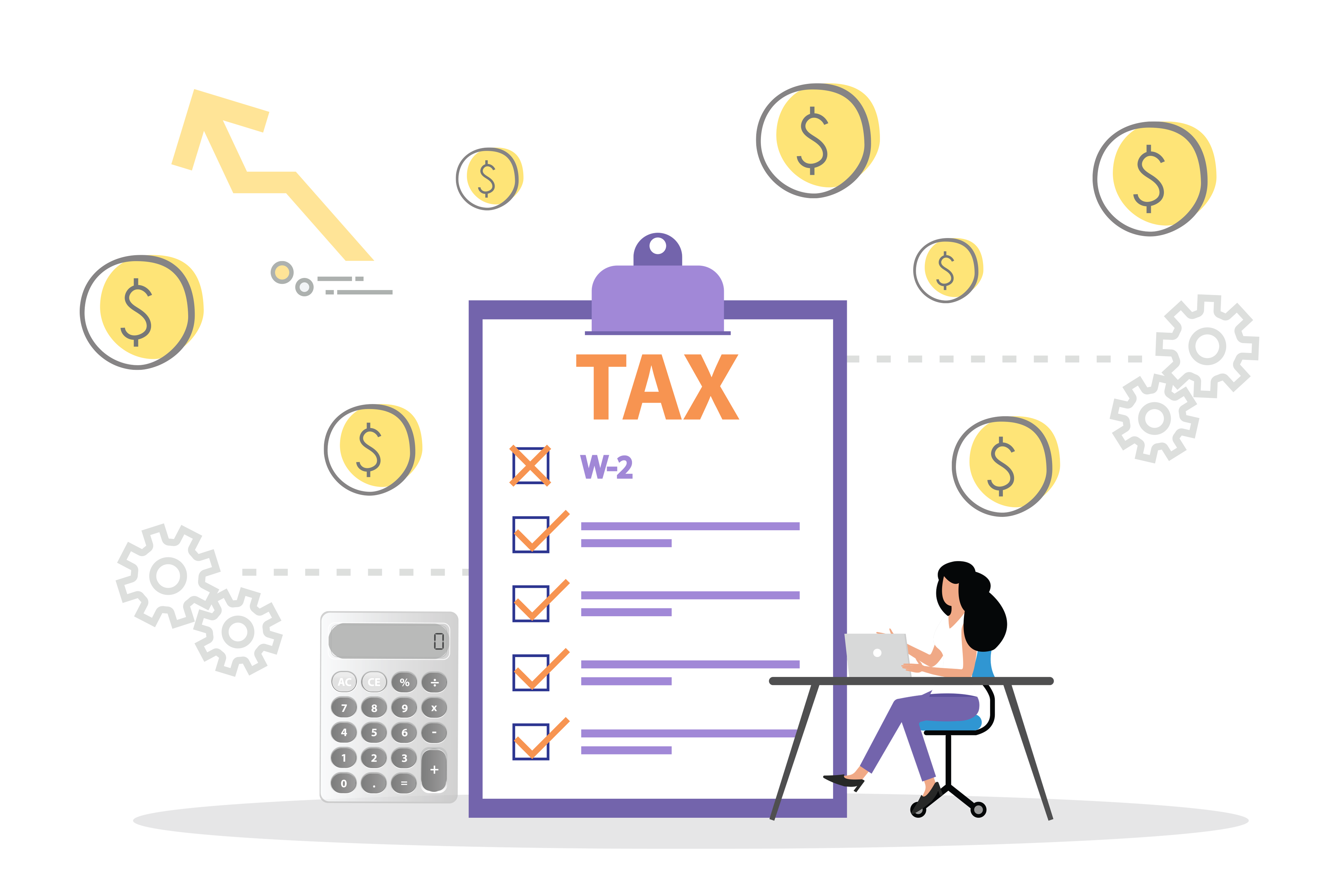 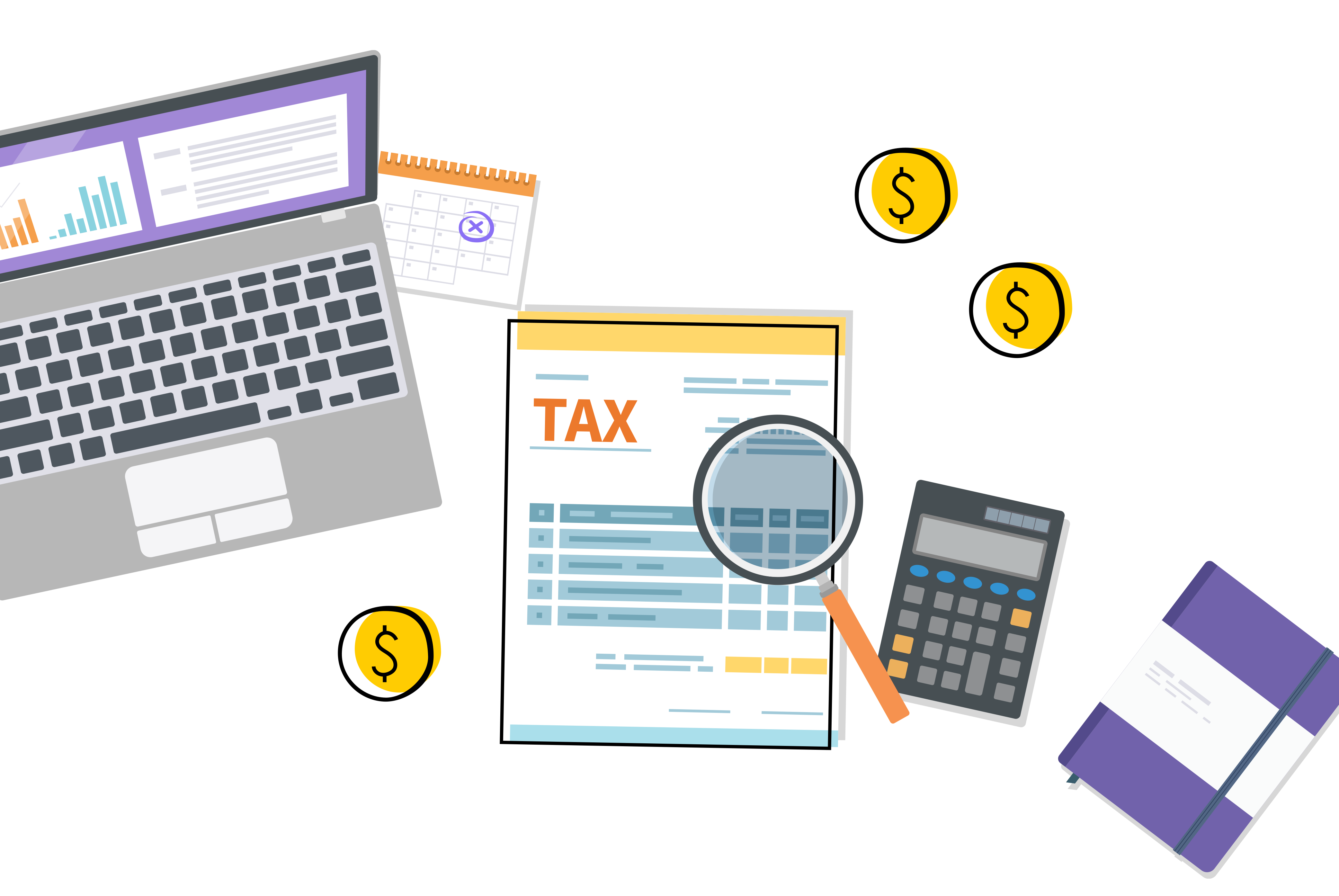 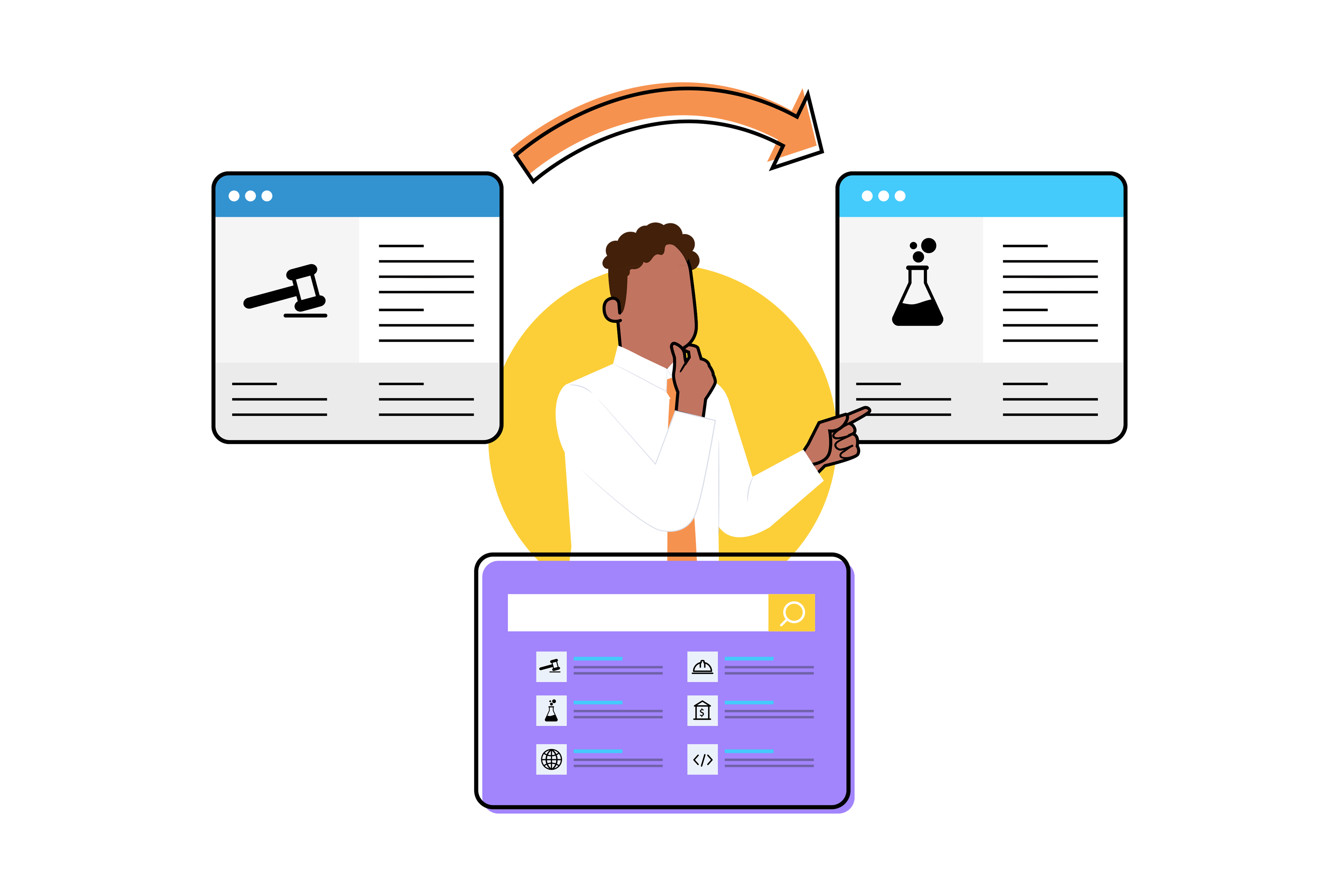 How to Change Careers: Tips & Guidance for a Career Change