Working in the Bay Area Without Being a "Techie" 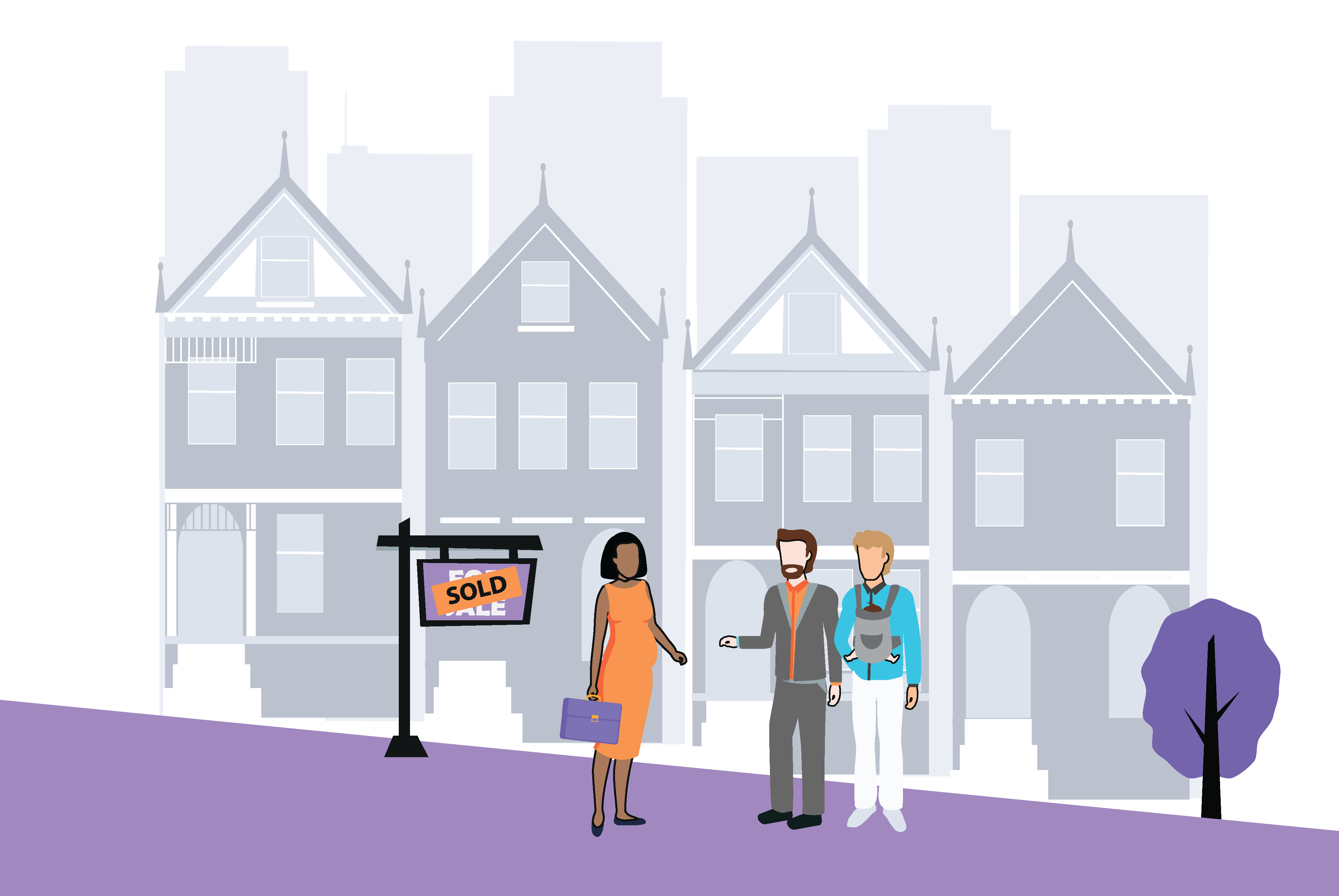 In the minds of many Americans, the San Francisco Bay Area is synonymous with tech. This public perception is entirely understandable. Many of the world’s foremost technology companies are headquartered in San Francisco and Silicon Valley, and the area remains a hotbed for successful startups. As tech companies shape our daily lives from their impressive Bay Area compounds, it’s hard not to associate the whole region with the region’s unprecedented wealth and power.

Yet if tech companies have an outsized influence on the Bay Area’s reputation, the industry’s actual presence is far more modest. True, the local economy now includes a greater number of tech jobs than ever before, with 835,600 positions in tech as of May 2019. But even in the Bay Area’s most tech-intensive quarters, techies represent just a fraction of the total workforce.

Take the San Francisco metropolitan area, where juggernauts such as Uber and Twitter loom large. For every 1,000 jobs in the area, only about 61 are in computer or mathematical positions; the closest employment category to “techie” maintained by the Bureau of Labor Statistics. In the San Jose metropolitan area, home to Google and other giants, roughly 126 out of 1,000 jobs consist of these techie roles.

Indeed, local authorities champion the diversity of the Bay Area industry, pointing to the striking number of sectors with a significant employment presence. As the Bay Area enjoys consistent job gains, often outpacing California and the country, new opportunities have certainly emerged in non-tech fields as well.

Moreover, the area’s culture of entrepreneurship extends well beyond the tech sector. Indeed, many of the region’s hottest current startups are in other industries, from construction to event planning. While they may take some cues from their techie neighbors in terms of culture and creativity, these businesses prove that the Bay Area can also be an exciting place for other kinds of professionals.

If you’re considering a move to the Bay Area but don’t have a tech background, don’t assume that your professional prospects will be limited. There are plenty of other thriving industries, offering both advanced and entry-level opportunities.

However, you will need a position that pays enough to keep up with the region’s high costs. Tech workers have altered the Bay Area in at least one respect: their high salaries have sent living expenses soaring. Affordable housing is scarce, fueling an epidemic of homelessness. As a wave of new IPOs mints dozens of new millionaires in the coming years, these trends are unlikely to change.

Accordingly, you can’t take just any non-tech gig. You’ll need a good job with the compensation required to live comfortably. In this article, we’ll suggest some of the best industries to consider for a non-tech career in the Bay Area, highlighting examples of lucrative and meaningful work.

You might be surprised to learn just how many kinds of opportunities await you. There’s no need to code to call the Bay Area home.

Great Bay Area Employment Options if You’re Not a Techie

The Bay is home to some of the nation’s most esteemed healthcare institutions, including some of the top-ranked hospitals in California and the entire country at large. Additionally, many of the region’s largest employers are in the healthcare space, creating thousands of opportunities around San Francisco.

Local authorities expect healthcare jobs in the Bay Area to grow rapidly in the years ahead. In fact, the health and education sector is a crucial pillar of the “Plan Bay Area 2040,” an economic development initiative created by local government agencies.

Certain health professions are already expanding quickly, such as personal care aides. And medical professionals with more advanced credentials can expect to earn particularly high incomes in the Bay Area. In San Francisco County, for example, psychiatrists, general practitioners, and dentists ranked among the highest-earning occupations.

The construction industry is another major dimension of Plan Bay Area 2040, with jobs in the sector expected to increase substantially in the years to come. If the field’s future looks bright, however, the present isn’t too shabby either.

Thanks to a recent building boom across the Bay, there’s actually a shortage of construction workers across all skill levels. Employers are scrambling to train workers rapidly, and many companies offer surprisingly solid benefits and wages. It’s also worth noting that the Bay is home to several construction startup companies, and you may not need to be the techie type to join their exciting teams.

Once the building is done, the business of selling kicks in. The Bay Area is a great place to be a real estate agent. Thanks to high prices and a fast-moving market, the region is widely considered to be among the best in the country for real estate professionals.

Who says financial opportunities reside on Wall Street? In terms of finance jobs, San Francisco does not fall short of opportunities. This Golden State City is the country’s second or third largest banking center, depending upon the year, with over $2 trillion in assets under management.

The central player of San Francisco’s financial sector is Wells Fargo, with more than 150 years in business to its credit. On the investments side, Franklin Templeton is headquartered in San Mateo. Plenty of other major players, such as J.P. Morgan Chase, maintain sizable San Francisco offices.

For those willing to venture slightly further into the tech space, the ever-evolving “fintech” sector presents tons of opportunities. Covering the intersection of finance and digital tools, this upstart industry is prospering in the Bay Area. From lending apps to payment processing software, many of the industry's most exciting companies are rooted in the Bay.

Sure, this category can seem confusingly broad, covering a wide array of industries and employment opportunities, but the “professional services” moniker is the best way to describe all of the incredible companies actively serving other businesses in the Bay Area. From industry-leading marketing agencies to renowned business law firms, there’s a healthy job market for knowledgeable workers with valuable skills.

Moreover, many of these places are excellent employers, offering thoughtful perks and supportive workplace cultures. In fact, many types of professional services companies are well-represented on lists of the Bay Area’s best places to work. You can soak up all the advantages of working in tech — including high pay, great benefits, dynamic environments — without any coding or tech expertise.

The Bay Area offers both sides of the energy industry, with both fossil fuel powerhouses and clean energy upstarts calling the area home. Chevron has long had a considerable presence in the Bay Area, employing thousands of people in its San Ramon office. The Pacific Gas and Electric Company, based in San Francisco, also has a local workforce numbering in the thousands.

On the greener side of the energy equation, several of the hottest solar startups are based in the Bay Area, including SolarCity, Solyndra, and Sunrun. Additionally, the city of San Francisco has made significant investments in carbon-neutral technologies, stimulating opportunities in the local clean energy sector.

San Francisco welcomes visitors all year round. From January to December, hotels stay largely occupied, and room rates remain staggeringly high. As one might expect, there’s a robust industry designed to serve these tourists, who have arrived in record numbers in recent years.

Employment in this sector is quite varied, but there are some excellent places to work within the Bay Area’s hospitality sector. Indeed, several hospitality companies are consistently rated among the area’s best employers. Additionally, San Francisco has a storied food scene for those with culinary talents.

If you do seek employment in the hospitality sector, however, be selective about salary. Many workers in lower-paying positions struggle to make ends meet in San Francisco and depart for more affordable food capitals.

As we conclude this roundup, we want to include an important clarification: at the Bay Area’s powerful tech companies, many roles do not directly involve programming or engineering skills. As in other sectors, these tech giants need professionals of many kinds to fuel their wide-ranging operations. Accordingly, you can pursue a rewarding career at tech companies without being a techie per se.

Sales positions, for example, are numerous and lucrative within Silicon Valley. Marketing, account and project management skills are similarly desirable. Even customer service or human resources roles can pay quite well and contribute substantially to a tech company’s larger success.

In other words, don’t rule out job listings with tech companies before examining the duties involved. You might find that you fit in well with the techies precisely because you bring a separate set of skills to the table.

After learning more about the career options above, we hope you feel a new sense of professional possibility. Ultimately, your best Bay Area career move will depend on your passions and qualifications, so we’ll avoid making any general recommendations about which jobs to pursue. As our discussion makes clear, however, you have many paths to consider. Not all fulfilling Bay Area careers revolve around technical roles.

That being said, looking outside of the tech sector can introduce a daunting array of possibilities, especially if you’re open to entering a new field. Given the diversity of employment opportunities across the Bay Area, where should you start your search? Which of the industries mentioned above might provide the best options, and should you focus on several simultaneously?

To begin tackling these questions, start with accurate information. At Joblist, we pride ourselves on providing job listings that are both comprehensive and correct. Don’t waste time with outdated or irrelevant job postings on other platforms. Give our platform a try and discover how our approach can empower your search for a new job in the Bay Area. 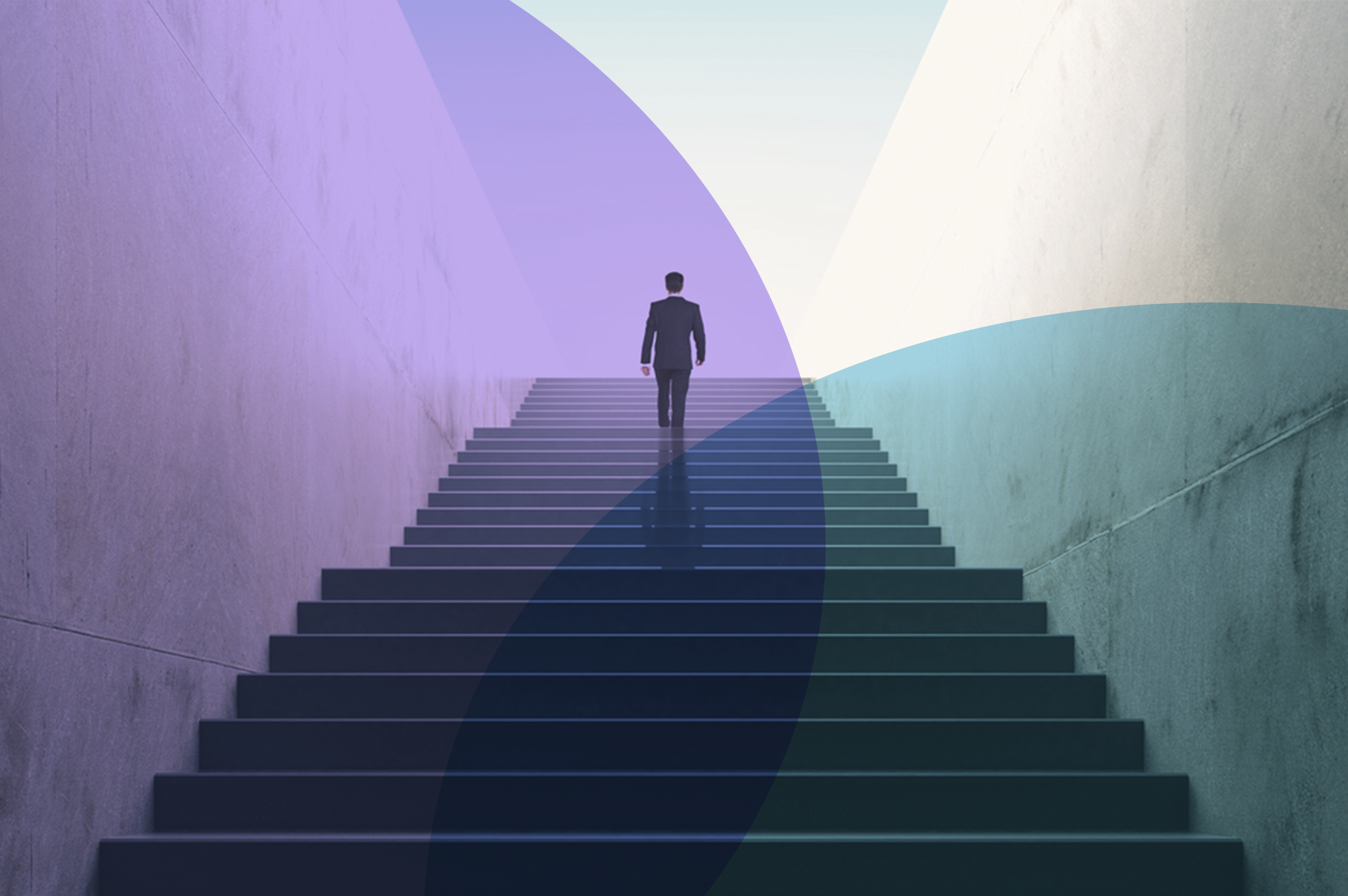 The Biggest Growth Industries and Careers in 2019 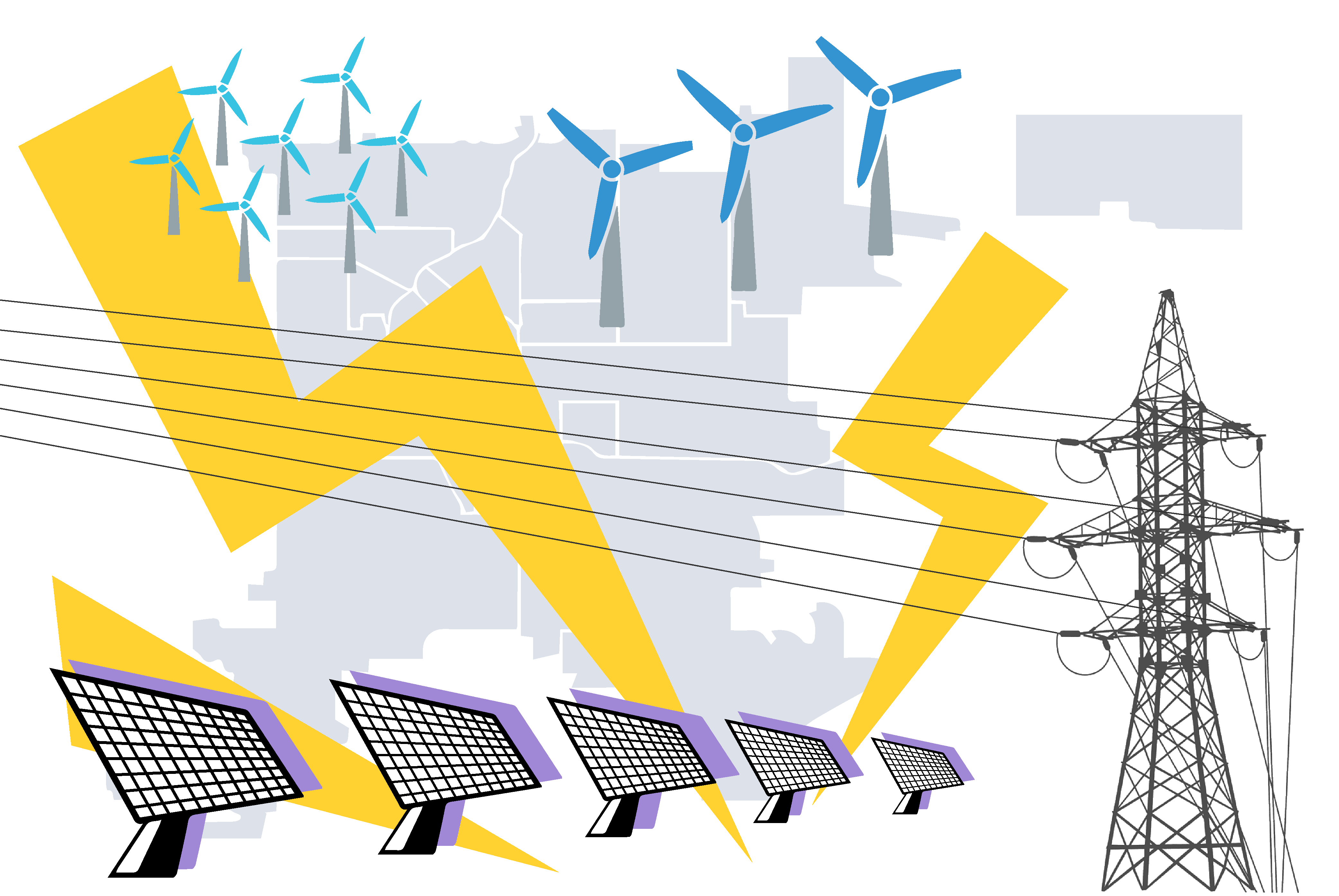 Energy Jobs in Denver: How to Find Them and Get an Offer 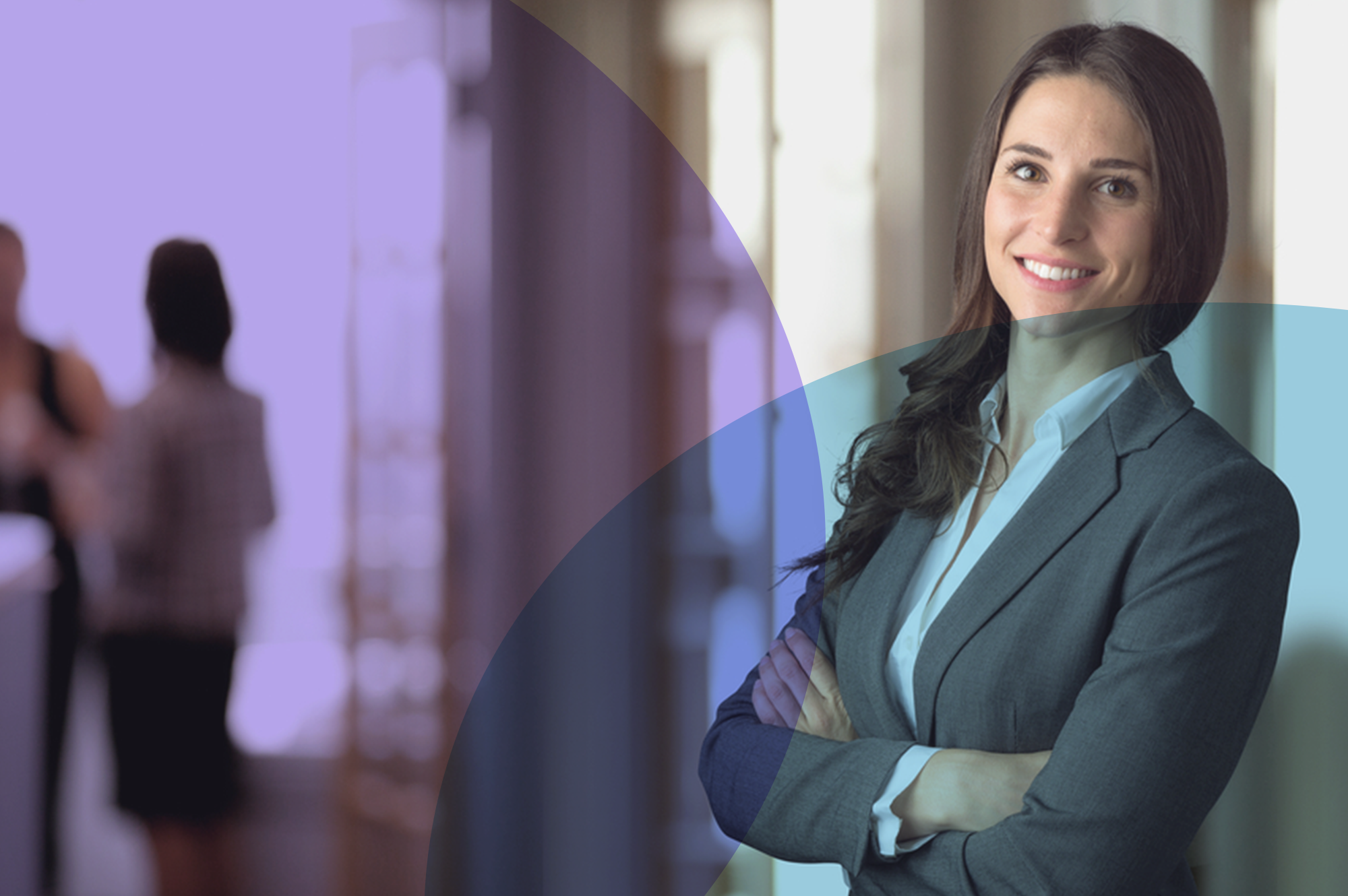 Legal Jobs in the Bay Area: How to Find Them and How to Get the Offer 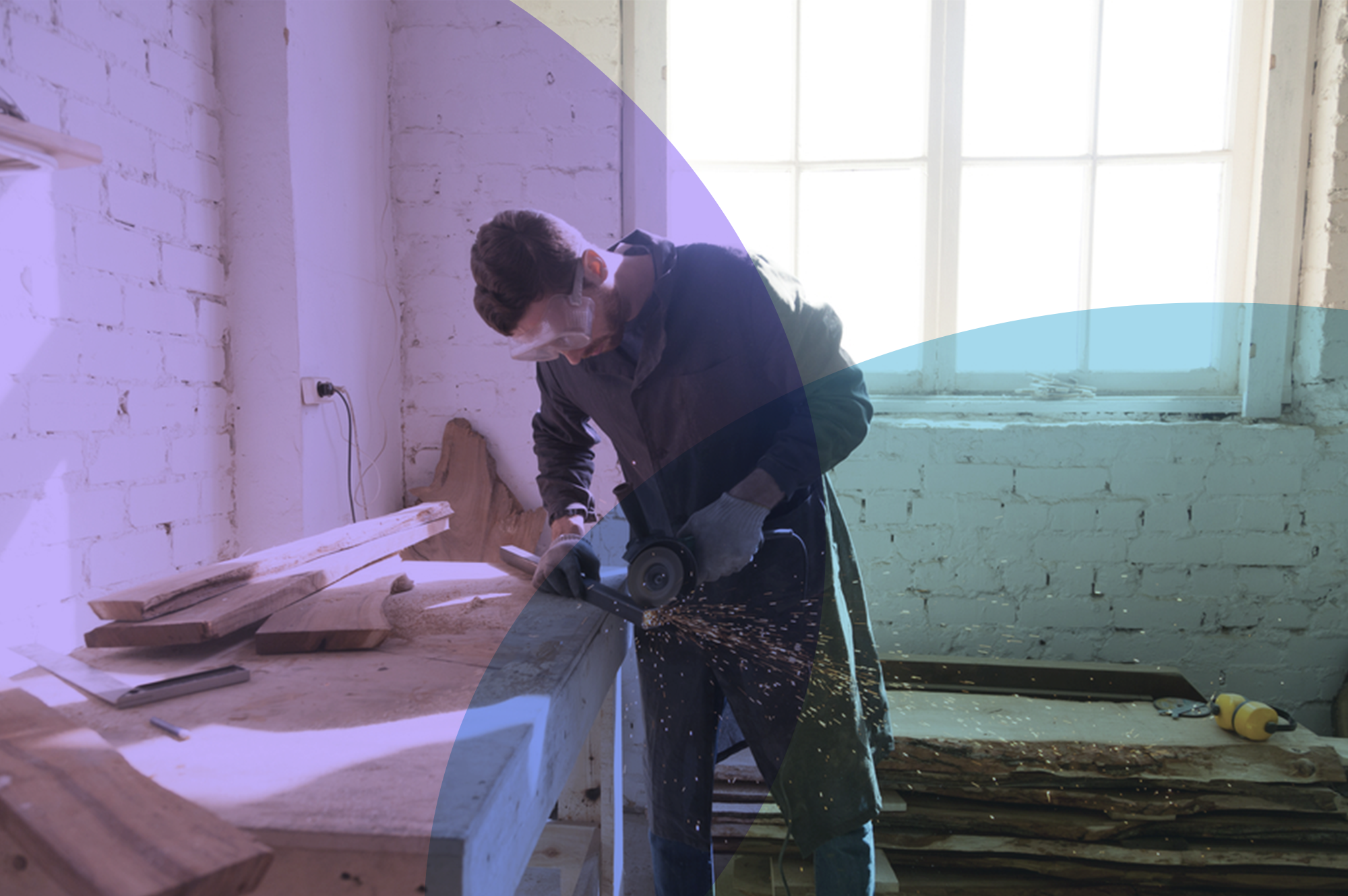 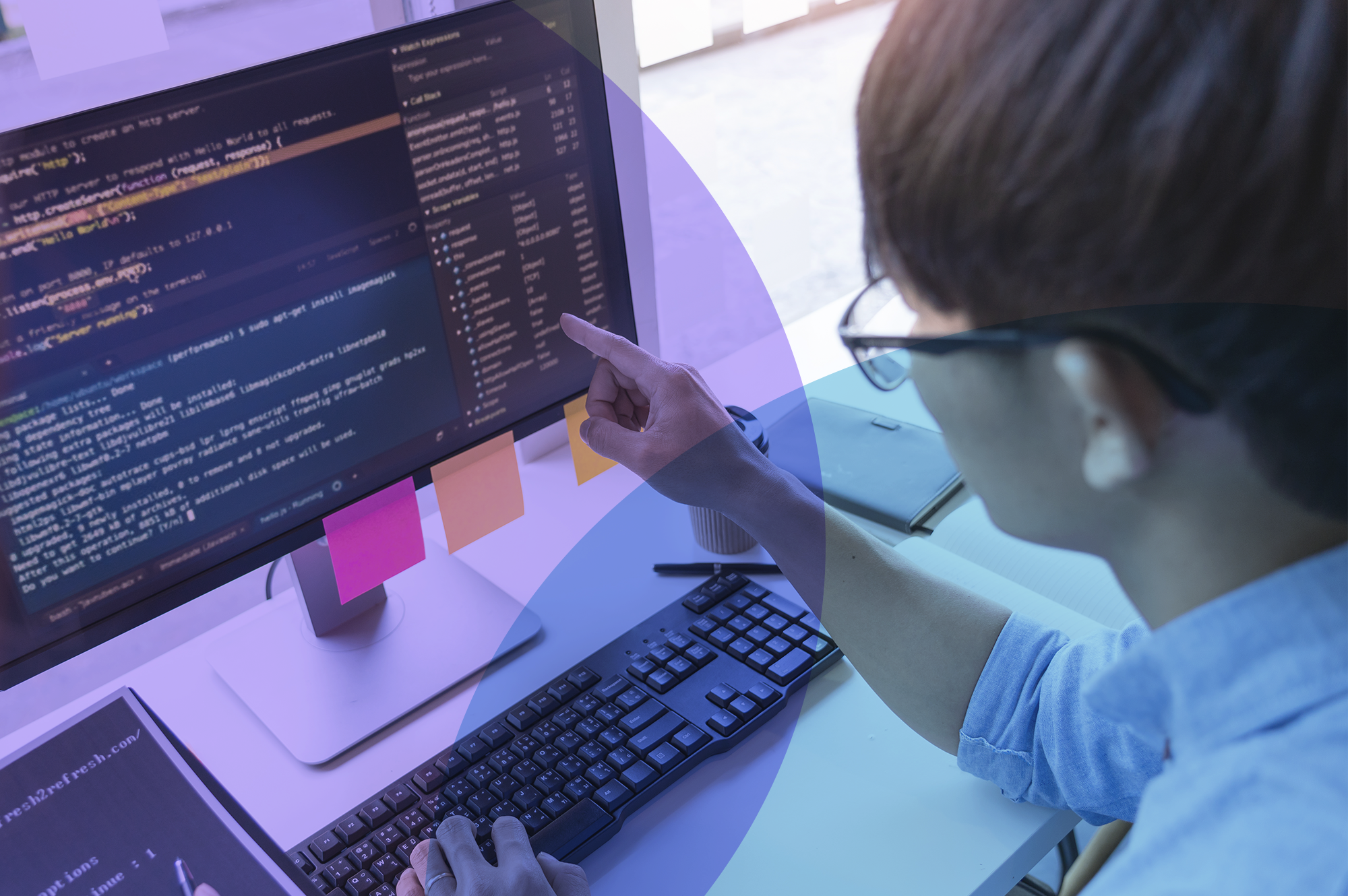