“Job hunting in a pandemic” may never have been a Google search you thought you’d make, yet here we are. Since the COVID-19 illness struck, we’ve reached the worst job market since the Great Depression without any clear end in sight. Globally, many Americans and employees are actively looking for work, applying for unemployment benefits, and finding new ways to make ends meet, all while a historically catastrophic virus rages in their midst.

We spoke to more than 1,000 people actively seeking employment across the country during the pandemic. They explained what the hunt is like right now and shared the strategies that helped them find new positions most effectively. Respondents who hadn’t found work yet dove into their newfound willingness to endure certain conditions in order to restore a paycheck. Fortunately, things seem to be looking up for many on the job front, especially if you’re willing to put in the right kind of work. Keep reading to see what we mean.

Future employment was on everyone’s mind. Every respondent had applied to at least one job since COVID-19’s onset, so our study started by looking at both how aggressively and how optimistically people sent out these applications. We also looked at how common interviews and offers were in a time like this, while those who had found new work told us how it stacked up against their old positions.

Employers seemed responsive to applicants – nearly 80% of respondents received an interview for their efforts, and well over half had already received an actual offer. That said, respondents were also submitting four applications every single week, on average. And when they did get the offer, they weren’t always happy. 38% said the job was okay but that they would likely seek a new one. Another 31.2% said they were now earning less.

Considering the economic devastation the pandemic left in its wake, the resilience respondents demonstrated was also stark. 50.2% managed to find jobs that earned them better pay, and 58.8% both enjoyed and expected to stay in their new positions. Optimism also grew over time, with respondents becoming more and more likely to see a positive future for their work as the time frame grew. But the present wasn’t so bad as 44% had already gotten a new job since COVID-19 struck.

Certainly, not everybody has found new work yet. Those looking for jobs still constituted the majority. Talking to these respondents only, our study looked further into the willingness to accept particular downsides of a job given the circumstances of the pandemic.

At the risk of sounding pessimistic, the pandemic will likely cripple many financially. There’s the possibility of drastic health care costs to consider as well as those that come with potential job loss. Even during COVID-19, the U.S. is one of the few developed countries that doesn’t mandate paid sick leave. The country has also seen a loss of more than 20 million jobs already. With this, job standards among respondents seemed to take a severe hit as well.

Side hustles did provide partial relief to many. Nearly 60% had already added one to their repertoire during the pandemic itself, while another 13.8% had secured one before COVID-19 hit and were falling back on that. Just about a quarter of respondents shared they did not have any sort of side hustle.

Unemployed During a Pandemic

Being unemployed during this pandemic is obviously scary, yet incredibly common. While there are some unemployment options available, we were curious to see how they played out once people actually applied for them.

Two and a half million claims for unemployment were filed during a single seven-day streak of the pandemic. Among our respondents, just over half had done the same. Of those, only 36.5% had received any benefits from the process. People securing benefits did feel comfortable living off the amounts for the most part. If you are one of the 24.6% who were uncomfortable, there are additional options for those whose regular unemployment compensation benefits “do not provide adequate support given the unprecedented economic challenges caused by the COVID-19 outbreak,” according to the Department of Labor. They further explain that it depends on how your particular state chooses to implement the CARES Act.

Implemented into law on March 27, 2020, the CARES Act (the Coronavirus Aid, Relief, and Economic Security Act) included one-time payments to individuals, increased health care funding, and fortified insurance for unemployment. After the additional benefits from the CARES Act expire in July, however, the number of comfortable people drops to 29.9%, while 50.7% anticipate becoming uncomfortable. Most people (65.5%) instead agreed that the benefits should be continued past July 31, while 14.5% were still unsure.

Next, our study dug into the methods people chose in finding their new line of work. We compared the methods that were most common against those that actually worked in obtaining offers.

The adage of “it’s not what you know but who you know” held true in this study as well. The most effective job searching method was messaging your own network and connections. This behavior led to offers more often than any other idea we studied. Nearly as effective was contacting a recruiter for help and requesting support from family and friends. All of these networking options proved more effective in securing offers for respondents than simply researching job postings on their own.

Networking even applied to building the resume itself. Those that branched out and worked with a professional were much more likely to get an offer than those who did it themselves. Even resume templates from special programs and those that respondents found online were not as effective as a pro. That said, only a quarter of respondents had even given them a shot, perhaps, ironically due to financial constraints from not having a job in the first place. Consistency and repeated efforts also gave respondents an edge in the job market. Those who found a new job reported higher numbers of applications submitted as well.

Job hunting during the pandemic isn’t always pretty, but it does have a few bright spots. Nearly half of the respondents had already found new work, and many felt increasingly optimistic about their prospects even if they haven’t been hired yet. Current employment distributions felt comfortable for those who received them, and many had already picked up side hustles they were able to fall back on.

Whether you’re in the market for a new line of work, a side hustle, or a combination of both, Joblist is here to help. Millions of jobs can all be filtered by your exact needs, locations, and goals. Plus, new alerts for jobs that matter can be brought right to you. As respondents proved, it’s those that get out there and apply that actually get the offers, so head to Joblist to see how our team of experts can help you today.

We surveyed 1,012 people who had applied for jobs since March 2020. There were 437 women, 573 men, and two nonbinary respondents who completed our survey.

The average age of our respondents was 35 years old with a standard deviation of 10.67.

The average number of jobs applied to is based on a minimum of 1 and a maximum of 20, which is the 95th percentile of our responses.

This survey relies on self-reporting and has not been weighted. Issues that may arise from self-reported data include, but aren’t limited to, the following: recency bias, telescoping, and exaggeration. Data should be considered for exploratory purposes only.

Perhaps you know a friend who is currently looking for work or applying for unemployment benefits. You’re welcome to share the data with whomever may find this helpful – just be sure your purposes are noncommercial and that you link back to this page so its contributors can receive proper credit for their work. 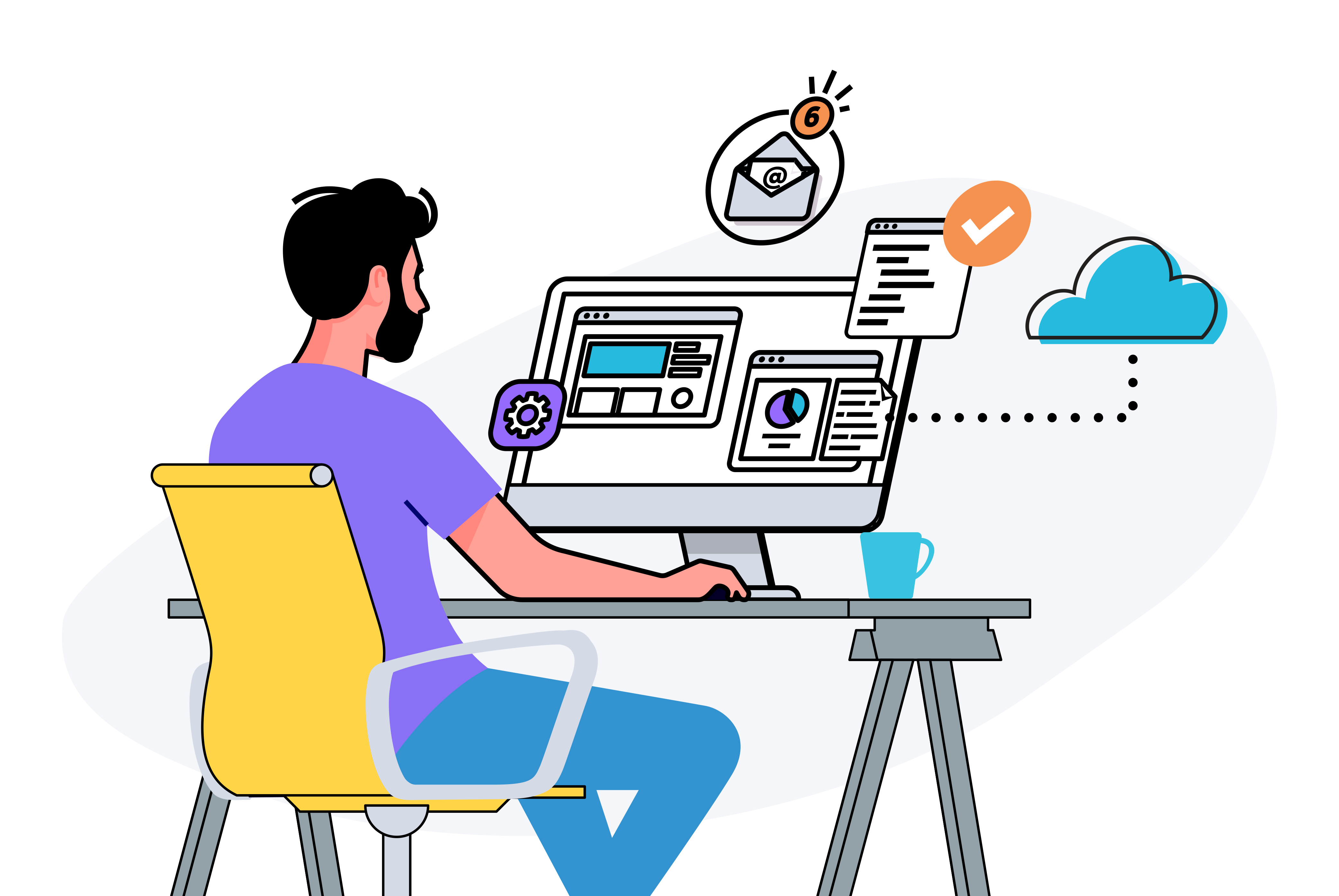 Experiences Reentering the Workforce After a Gap in Employment 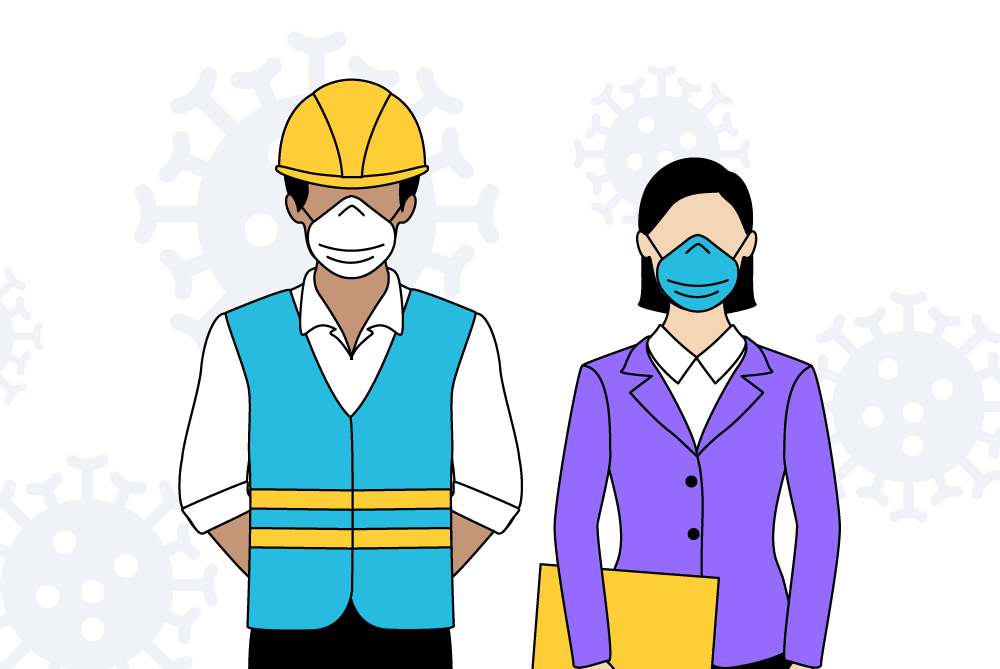 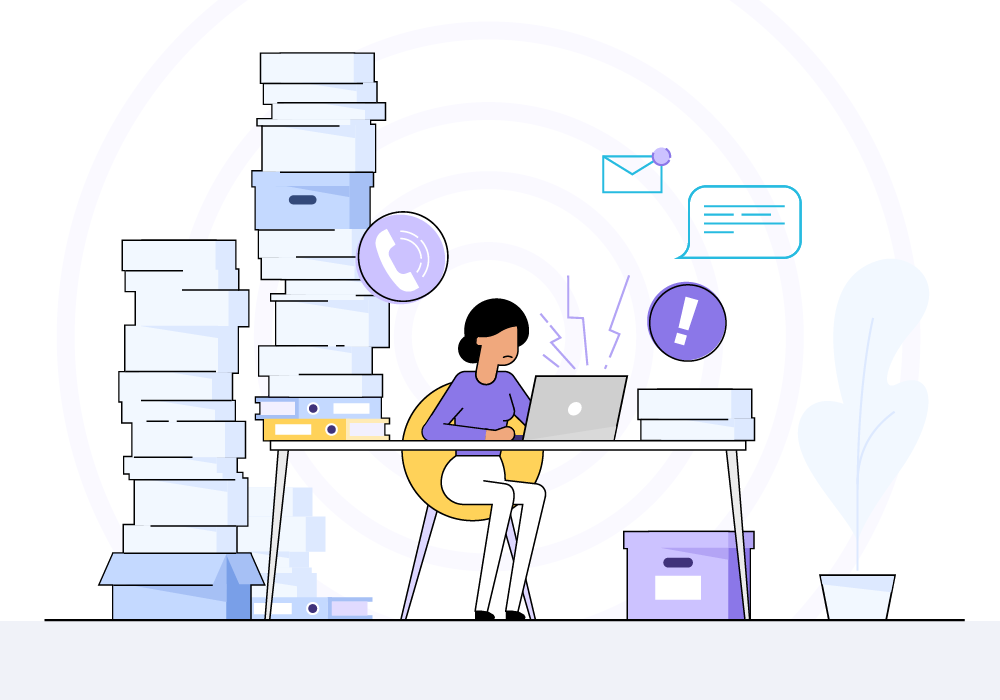 How Employees Deal With Stress They Experience in the Workplace 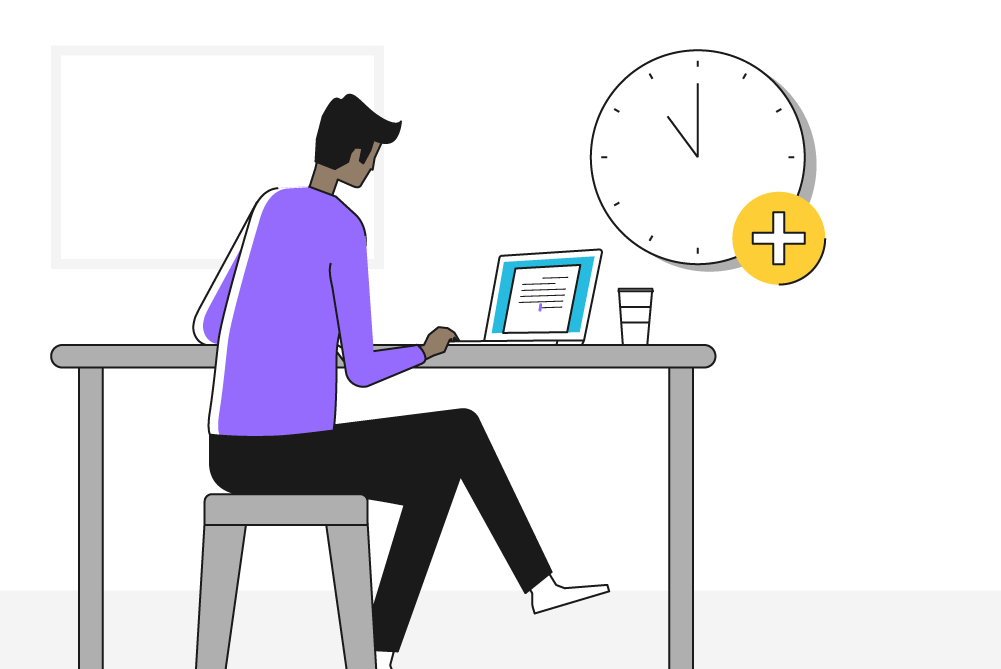 How Working Remotely Impacts Life Outside of Your Job 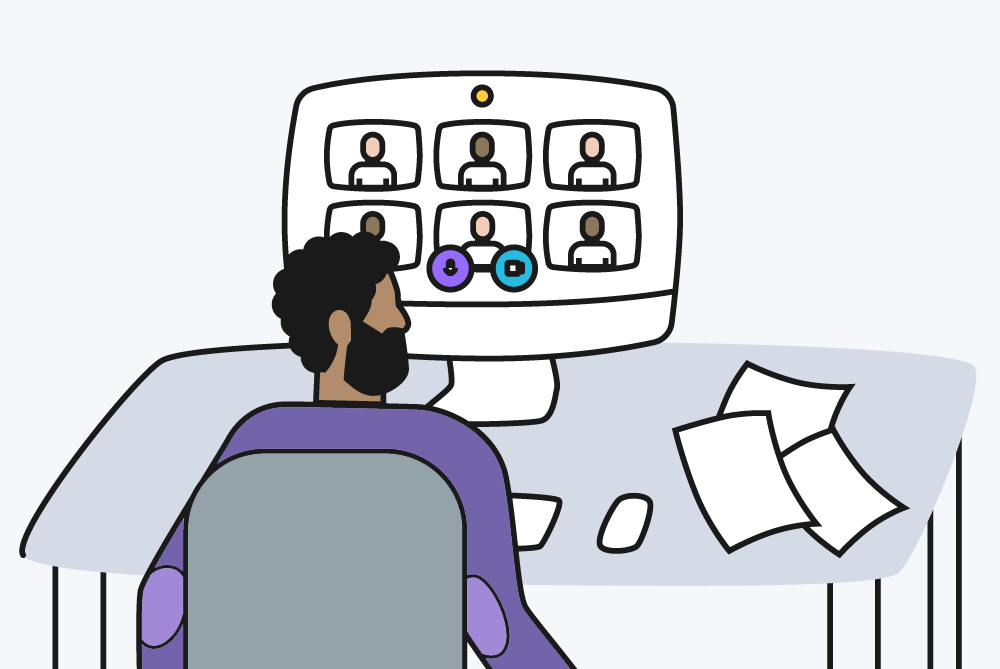 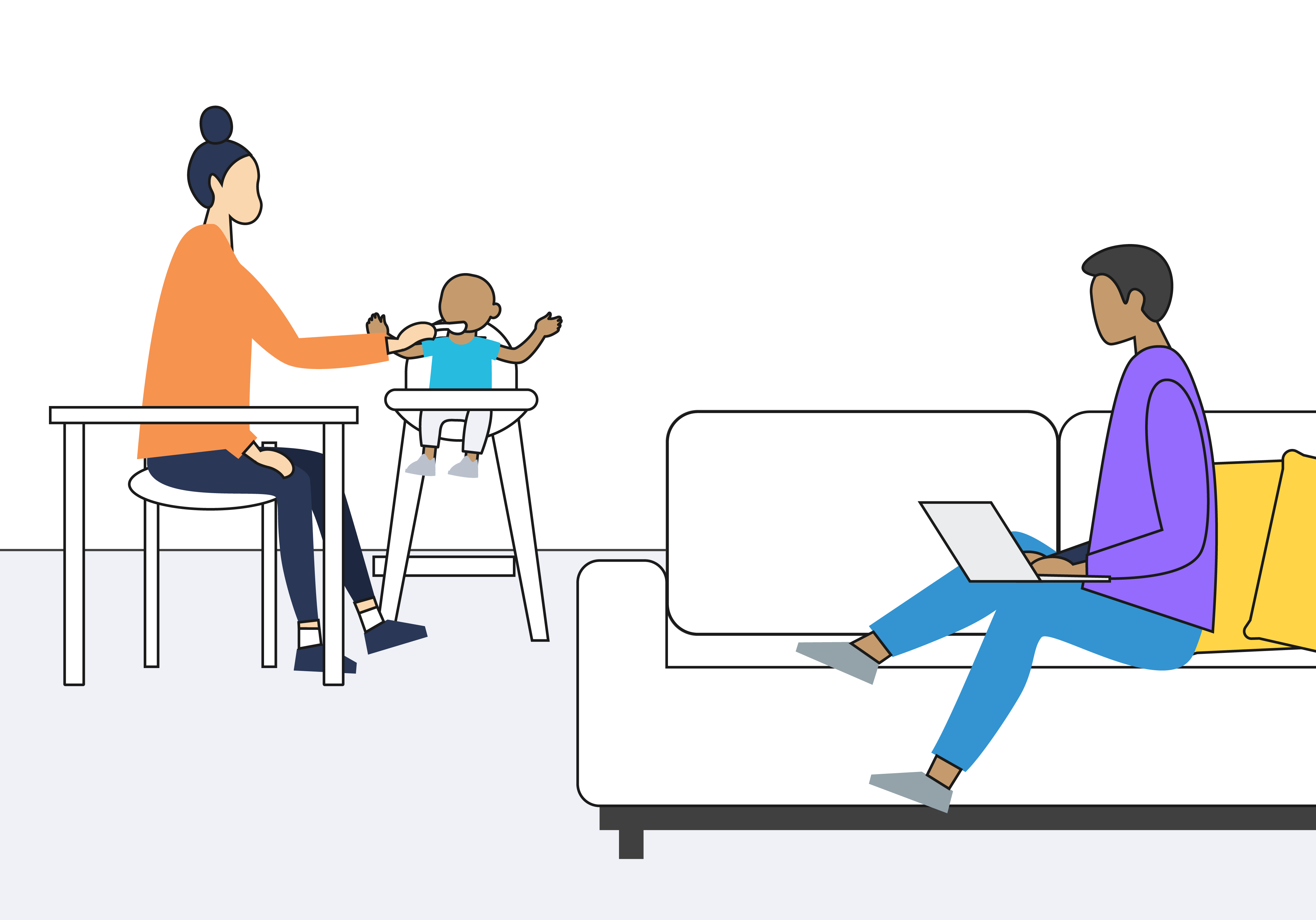 Balancing Life as a Working Parent During the COVID-19 Pandemic